This is MetaVault, a weekly-ish newsletter that makes sense of the Pixel Vault universe: PUNKS Comic, MetaHero, United Planets, $PUNKS, $POW, and lots of DAOs.

There are some topics that I have to research, analyze, hopefully understand, and then condense it down to something that’s manageable to read (you don’t want to see my draft on DAOs! ha). But yesterday’s unveiling of the “major corporate partner” fits firmly in my wheelhouse. As a long-time fan of Adidas, a recovering sneakerhead, and an indulgent reader of Hypebeast — this post could write itself.

Months of speculation was resolved in a single tweet on a Sunday afternoon:

It’s official. PUNKS x BAYC x GMoney x Adidas. Absolutely historical collaboration. Sure, other NFT projects have released merch. But this is an official collaboration with one of the largest brands in the world. Just a reminder:

It’s kind of shocking that Pixel Vault was able to negotiate a merchandizing partnership with a major global brand like Adidas — and yet it feels totally right. No other clothing and performance brand takes this kind of dive into sports, music, fashion, entertainment, and culture. Now the Three Stripes is experimenting in Web3 within a year of it becoming a viable commercial technology. Credit to Ben Mayor White and others over at Adidas for seeing the future that we all live everyday. (And check-out Ben’s appearance back in June on The NFT Nick Show… he saw what we saw and actually moved his company to do something about it!)

Official details are sparse right now on what kinds of merch to expect. We only have the teaser images. We see Courtney with her trefoil logo t-shirt, the Bored Ape in its track suit, and GMoney in the classic hoodie. Can we expect hats? Socks? Beanies? Umm, sneakers?!

As far as price and release, again, very little official detail. GFunk may have mentioned in previous Town Halls a “forging” mechanic (see MetaVault #4 for hints). I’ll keep the speculation low here because with a little more patience, we’ll get our answers.

We’re Building a Future Where…

The little JPEGs we have saved on our phones and secured in our Ledgers are being printed en masse by a global brand. This is the first of many future collaborations between NFT communities and corporate partners — though Adidas will always be our community’s “major corporate partner” as Ned pointed out on Twitter.

There will come a time when we collectively gather around the TV, turn on [insert streaming platform here], and watch a fully animated Courtney kick ass. Or maybe we’ll open our phones and steal $POW from each other in the MetaHero Mobile Game while standing in line at the grocery store. And then a little later, we’ll fire up the PS5 (maybe PS6?) and cause a ruckus with our Cores, Generatives, Sidekicks, and Wangdoodles in Virtunaut’s multi-layered world.

This is the future GFunk, the team, and our community is building.

From pure excitement to sheer sadness within two hours. Learning that Virgil Abloh passed away yesterday at only 41 blew me away. I’ve followed his journey for the past 10 years or so as he went from leading Kayne’s creative team to building his own brand (off-white) to running the Louis Vuitton men’s line.

He was a builder. A tinkerer. An artist with a master’s in architecture. A DJ with a broad taste in music. A designer of all things: chairs, clocks, concert stages.

A genius who should’ve been hitting his stride.

As a huge sports fan, my comparisons almost always go back to sports: Virgil’s passing would be like if Jordan died after his second NBA championship. Virgil, like MJ, had already ascended to the very top. He’d won. But he was the “once in a generation” talent who could’ve won six rings.

Corporate Partner = Adidas. Um, does this mean GFunk and Kanye are co-workers? I kid, I kid.

Gamified $POW. Lots of fun discussion between the PV team and our community in last week’s Town Hall. Check the recap. To sum it up: simple $POW staking to start, more gamified $POW in the intermediate.

Huge shout-out to Khateva! A long-time member of the community, a PV Discord Mod, and all around bad ass. Thanks for everything you do! 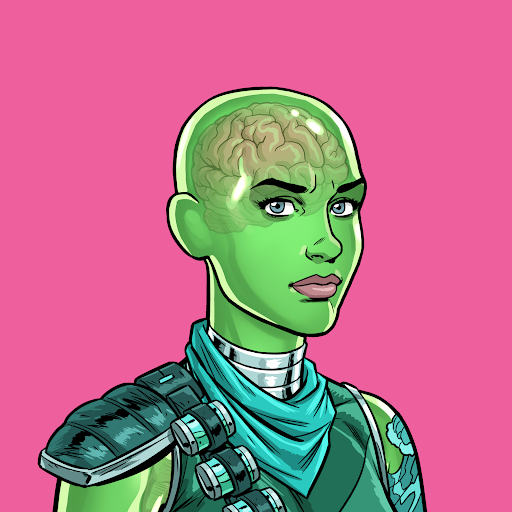 Beans is called a lot of things — but here we call him PV’s number 1 fan!

Beanie @beaniemaxi
I’m so excited for @Gfunkera86 and the @pixelvault_ team. One of the hardest working groups in crypto. They deserve this @adidas deal and many more. I’m hearing that this is just the tip of the iceberg. Some absolutely insane news to come. I’ll keep it close to my chest as usual.
11:32 PM ∙ Nov 28, 2021
486Likes50Retweets